This week's episode of Years of Living Dangerously featured reporting from two islands central to the debate on climate change. In Staten Island, New York, one of the communities hardest hit by Superstorm Sandy, MSNBC correspondent Chris Hayes followed in the wake of the storm to share a story of personal tragedy and political reality. On tiny Christmas Island in the South Pacific, M. Sanjayan visited with a renowned scientist to understand her research on the intensification of El Niño, a normal, cyclical warming pattern. 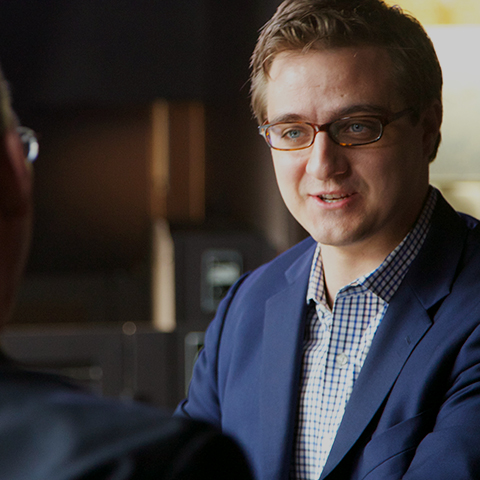 In Staten Island, we learned of the heartbreak that Sandy caused Patricia Dresch, whose daughter Angela and husband George were two of twenty-six fatalities borne by the island. We also followed her US Representative Michael Grimm, a Tea Party backed Republican, in his efforts to rebuild their community. Bob Inglis, a former South Carolina Republican Congressman who lost his seat in large part due to his out-of-step views on climate change, sat down with Grimm to discuss climate change. After meeting with Inglis, Grimm changed his views and was able to acknowledge the conclusive scientific evidence in support of human-caused climate change. But as of August 2013, Grimm did not see it as politically feasible to bring the debate to bear in Washington, citing other issues more pressing for his colleagues (and constituents). 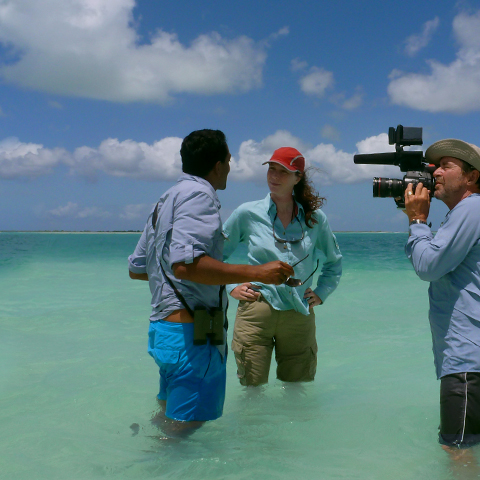 On picturesque Christmas Island, we visited with Dr. Kim Cobb, whose work has aimed to ascertain how the El Niño climate pattern has changed over time. She has found through the investigation of fossilized coral that the cyclical warming has intensified. Dr. Cobb's data suggests that, in the 20th century, El Niños were as much as 20% more severe than those of the past 7,000 years. In 1997-1998 we saw the worst El Niño on record, which caused $33 billion in damage and 20,000 deaths around the world. The strong implication, according to Dr. Cobb, is that human caused carbon dioxide over the same time has contributed to this intensification.

With New Yorkers and others around the world, including the residents of shrinking Christmas Island, in harm’s way, Chris Hayes posed a tough question to Rep. Grimm: “At what point does this become the priority?” Hayes insisted that, over the course of history, there have been people who met the biggest challenge of their time, and people who didn't. Will we look back on the issue of climate change in 100 years and wonder why we failed to act?

At EDF, we aim to solve the world’s most pressing environmental problems. We know the evidence is clear and that human activities are driving the planet’s warming, with dangerous implications for extreme weather events. But, regardless of what’s causing it, we’re striving to improve resiliency and adapt to a changing climate. For example, one of our 2013 EDF Climate Corps fellows worked with the City of Philadelphia to help develop an adaptation plan for climate change. Our Clean Energy program is working to speed the uptake of technologies such as microgrids and cogeneration that can enable cities to more successfully weather tough storms.

The episode this week highlighted the importance of our work to stem climate change, and if you’d like to learn more about it, stay tuned for the Years of Living Dangerously episode on May 26th that will feature three EDF Climate Corps fellows as they strive to find cost-effective solutions that reduce greenhouse gas emissions.