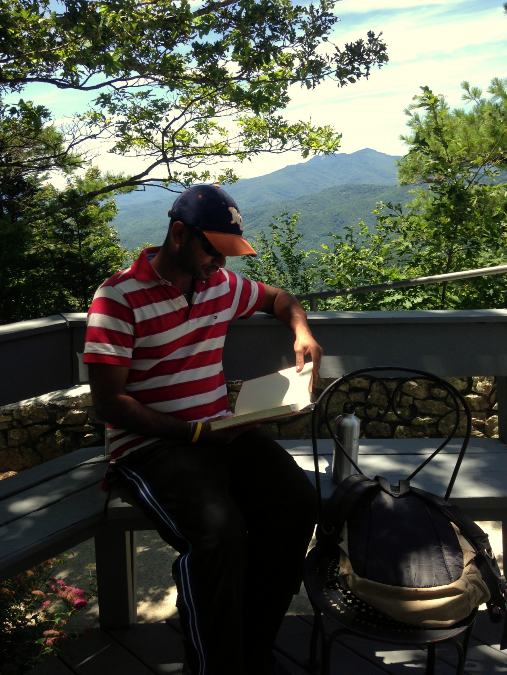 As an EDF Climate Corps fellow, I am based in Charlotte, NC working with the sustainability team at Legrand to optimize energy usage and minimize the associated greenhouse gas emissions. I recently moved to Charlotte from Los Angeles, and the place had several surprises: beautiful green vegetation, numerous lakes and state parks, evening thunderstorms and two dollar beers.

Something that has inspired me to be a part of EDF Climate Corps is my love for the environment, which was inspired by environmental books, and in many cases, the work being done at EDF has mirrored the topics in some of my favorite books. Books can be great knowledge repositories, providing chronological snapshots of the changing landscape—people, politics, perspective, culture, environment and ecology. For example, Rachel Carson’s exemplary work on the environment and ecology, Silent Spring, reveals the consequences of overusing chemicals like DDT without the knowledge of the impact on public and environmental health. In her book, Carson paints a vivid picture of the fragile ecosystem threatened by the overused pesticide DDT. Interestingly, Environmental Defense Fund scientists led the challenge and helped to successfully ban the use of this chemical, and this book inspired the modern environmental movement by bringing much needed changes in public policy.

In the recent years, the issue of climate change is also undergoing significant policy alterations, but still contains areas that need improvement. In an effort to mitigate carbon emissions from non-renewable sources like coal and oil, EDF Climate Corps fellows work as change agents with various organizations to minimize energy usage. However, in addition to CO2 emissions, coal extraction and fossil fuel burning mobilizes several toxic metals such as mercury, arsenic and selenium into the environment, an issue that should be considered in public policy decisions. One book that discusses the shortcomings in environmental policy is Green Intelligence by John Wargo. The author reasons that this current problem arises because of a disconnect between people and nature. In order to protect the natural world, we must have a greater sense of appreciation which grows only with closer interaction. Wargo remarks that with his own experiences camping and hiking through national parks, it has cultivated a deeper relationship with nature and propelled his academic career in environmental law and policy.

Despite the challenges in environmental policy, I have noticed the powerful resiliency of nature. One quiet, waning-moonlit evening in Charlotte, I decided to take a walk. I could hear the sound of the birds and the critters that come alive in the night. It was party time, and many of the nocturnal creatures were just checking-in. Suddenly, I was struck by a dazzle of light directly in front of me. It was a swarm of fireflies! For the first time in nearly 15 years, the street was filled with them. I had read recently that these brilliant bugs were on the rebound after the indiscriminate use of insecticides that almost drove them to extinction. I was thrilled. The natural world is extremely resilient, and if given time and chance, the system can oftentimes bounce back.

A book by Alan Wiesman, The World Without Us, elaborates on this topic. The book presents a picture of a world where humans have gone extinct and the natural world takes over. While I am a tad disappointed with our natural resources management, but I am optimistic about the future. In addition, our concerted effort to minimize our environmental impact—thanks, in part, to Millennials—is pushing sustainability practices to the forefront of many organizations’ business practices and has sparked much political debate. We are on the right track.

When I walked back home that night, I was extremely grateful for what Rachel Carson started and what EDF and other environmental organizations have been diligently working on: protecting the natural world for our future generations and for the millions of species that play a vital role in our biosphere.