By: Kevin Cotter, student at the University of Washington 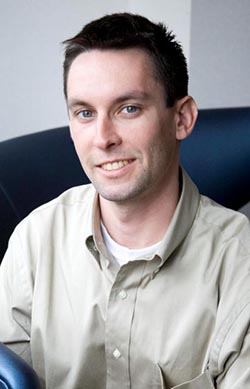 Ten weeks ago, if you had asked me what I know about automotive paint, I probably could have told you everything I knew in 25 words or less. Half of those words would have been “um” or “uh…” Now, having immersed myself this summer in everything paint-related, I still don’t consider myself an expert, but I can safely say that I learned more than I thought possible, due in no small part to the patience of my coworkers and their eagerness to share knowledge.

Perhaps the most surprising thing I learned was just how much of the total energy required to assemble a car is consumed by the painting process: more than 60%. It’s no wonder then that GM devotes considerable thought and resources to reducing that figure. The goal this year is to reduce the cost of starting up GM’s paint shops by $3 million annually.

When I started working on this project I felt a certain trepidation, and I expected to encounter heavy resistance to change. Although I come from an engineering and manufacturing background, many of the projects I worked on at previous jobs were for military customers. “Military” and “energy conservation” are two concepts that seldom – if ever – go together. Attempts to design energy-saving innovations into the process or the final product were seen as a waste of time. Most of the time, such things were not even considered, and deviations from the status quo were invariably met with active resistance and suppression.

Imagine my surprise to learn that paint area managers, engineers, technicians and other key stakeholders were not only receptive to this idea of saving energy, but were active participants in seeking out innovative ways to reduce energy and save money without compromising safety or quality. A large part of my initial role here at GM was to do what these folks had already done. So I looked for other ways to make myself productive, and ended up developing a tool which was designed to measure and track energy usage in paint shops at a micro level. Shops could now see how much energy each system within the paint shop was using. Previously, most shops didn’t have this level of visibility, and this new tool will now enable them to direct future energy saving projects at specific systems to maximize their impact.

I have lived in many places around the country. I grew up in the Detroit area, and have lived on both the East and West Coasts, and a few places in between. Companies like Honda and Toyota brand themselves as leaders and pioneers in energy efficient vehicles; an image reflected in public perception around the country. As I’ve spent time in and around GM facilities, I’ve come to see GM as a quiet leader in the industry when it comes to energy. GM vehicles are just as efficient and reliable as their counterparts (my 2001 Camaro runs as well as it did the day I bought it seven years and 95,000 miles ago), and it’s clear that GM puts as much thought into a clean and efficient manufacturing process as it does into the final product.