Making the World a Better Place: One Megawatt at a Time

By: Supraja Sudharsan, student at Georgia Institute of Technology 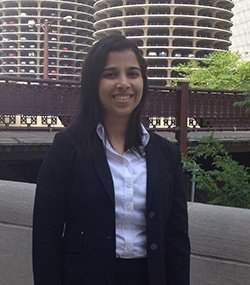 What does it take for a manufacturing firm with 24/7 operations to incorporate sustainability goals into its daily activities? I learned the answer to the question this summer at Owens Corning.

Owens Corning is an innovator in fiberglas™ technology operating in 27 countries around the world, with its products’ end-uses ranging from insulation and roofing shingles to wind turbines. The company has been a member of the Dow Jones Sustainability World Index for the last five years, and has rallied around climate change issues to achieve key milestones in its energy intensity and greenhouse gas reduction goals since 2002. Having picked the so-called “low hanging fruits” in energy efficiency, Owens Corning now aspires to purchase 100 percent of its primary energy from renewables. In this, the company’s most recent milestone has been the installation of the largest onsite solar PV system in New York State funded by the New York Sun program in 2013.

One reason this has been possible is due to a shift in the cost of renewable technology, with solar and wind approaching grid parity in some regions of the United States. This has provided an opportunity to enter the renewables space that did not exist a few years back. Technologies like net metering, which allow businesses to sell excess clean energy back to the grid and profit from their renewable deployment, availability of third party energy suppliers in some states and a means to track and retire the renewable certificates as well as the reporting standards that have emerged around these have all been crucial for enabling this shift towards greater renewables.

However, the challenges to achieving 100 percent renewable sources of power are numerous. Variability in available renewable sources of energy is one, but these are further exacerbated by the patchwork of policies across the country. If there is one lesson that I would highlight from my experience this summer, it is that there is no silver bullet to bringing renewables into an organization’s energy mix. For a company with more than 50 manufacturing facilities across 24 states, going into each market for renewables requires taking a bottom-up approach to understand the structure and policies that are unique to the local market and learning these lessons all over again every time.

The answer to my original question - what does it take for an organization like Owens Corning to incorporate sustainability into its everyday operations – I believe resides with the people who have come together to accomplish the goal. Despite the hurdles discussed above, it is the incorporation of sustainability as a strategic directive by senior management and including specific actions towards this by plant leaders that has enabled progress, all of the above united by a company-wide commitment to curbing climate change.

We live in a world where we need to cut carbon emissions by at least 8 billion tons per year for the next 50 years in order to prevent drastic climate change, while still keeping pace with the growing global energy demands of a population that is expected to exceed 9 billion by 2050.  Through EDF Climate Corps this summer, I am happy to have worked with a company that is operating with this foresight to achieve long term goals and in the process, contributing to making this world a better place, one megawatt at a time.