Finding Gold in the Value Chain 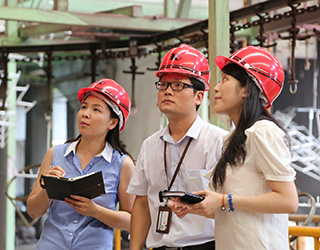 Energy efficiency is a goldmine, but not everyone has the time or resources to dig. That’s why for the past seven years, over three hundred organizations have turned to EDF Climate Corps for hands-on help to cut costs and carbon pollution through better energy management. And every year, the program delivers results: this year’s class of fellows found $130 million in potential energy savings across 102 organizations.

But this year we also saw something new. In addition to mining efficiencies in companies’ internal operations, the fellows were sent farther afield – to suppliers’ factories, distribution systems and franchisee networks. What they discovered demonstrated that there is plenty of gold to be found across entire value chains, if companies take the time to mine it.

Looking beyond the fence line for energy savings is critical to achieve cost savings and emission reductions at scale. It’s also evidence of an evolution in corporate social responsibility, from compliance to eco-efficiency to value chain optimization. Ultimately, where this continuum leads is to constructive engagement in public policy, as businesses help to shape the incentives and regulations needed to protect public health and the economy from the worst impacts of climate change.

The companies in EDF Climate Corps are at the forefront of this evolution. We look forward to continuing to help them dig for gold throughout their value chains, and reap the rewards in profits, innovation and a healthier planet.

Interested in how an EDF Climate Corps fellow could provide hands-on help at your organization?