EDF Climate Corps: Past, Present and Future of Corporate Sustainability

Every year, I feel a rush of excitement meeting a new class of EDF Climate Corps fellows at our annual training in May. This year, as EDF Climate Corps enters its eighth summer, I was struck how the past, present and future converged before my eyes. 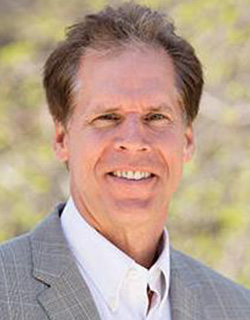 EDF’s “past” delivered one of the most inspiring moments. That was at our closing reception at the Chicago Cultural Center, when keynote speaker Bob Langert shared lessons learned from his distinguished career as chief sustainability officer at McDonald’s.

Bob was instrumental in the success of EDF’s first corporate partnership way back in 1990, when companies and NGOs were more likely to meet in the courtroom than the board room. One year later, EDF and McDonald’s announced they’d found ways to reduce the company’s restaurant waste by 30 percent, resulting in an estimated annual savings of $6 million. Our relationship with McDonald’s proved the business value of environmental initiatives, and paved the way for decades of NGO-corporate partnerships led by EDF and others.

Bob’s audience in Chicago was this year’s 117 EDF Climate Corps fellows. These passionate and capable young professionals represent the future of climate and energy leadership, and are part of a growing network that EDF Climate Corps is building to accelerate the transition to a low-carbon economy.

What did the “past” say to the “future”? Bob’s keynote offered three pieces of advice to the fellows on how they can be effective change agents this summer—and throughout their careers:

But as if that wasn’t enough, a connective through-line between past, present and future appeared in the person of Jenny McColloch, who came onstage to introduce Bob. One of our EDF Climate Corps alumni—she was embedded with Nestle Waters in 2011— Jenny is now manager, global corporate social responsibility and sustainability at… you guessed it, McDonald’s! 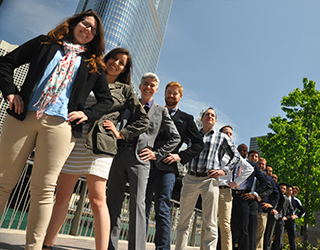 Jenny embodies the link between the fellows’ work this summer and the careers they will build as climate and energy leaders. And she is no outlier: EDF Climate Corps has trained over 600 future leaders to advance energy management in large organizations, and our alumni are now rising into leadership positions in business and civil society. 72 percent currently work on sustainability and half are in managerial positions or higher.

So there it was: past, present and future converging right there at the Cultural Center. My takeaway? I’m proud of EDF’s past, thrilled at what we continue to accomplish in the present and both hopeful and optimistic about where we’re headed in the future.

This through-line shows the power of the EDF Climate Corps network, which never ceases to amaze me. It’s exhilarating to watch it grow.