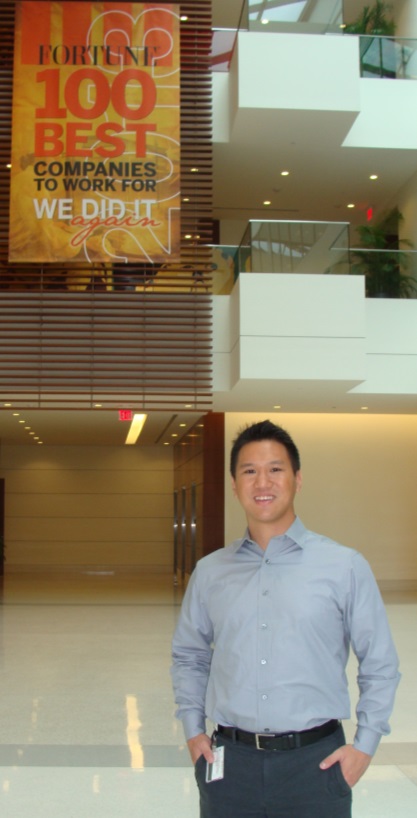 In 2009, Darden announced a commitment to reach a 15% reduction in the average energy usage per restaurant by 2015. As of 2012, the company had cut energy use by 12 percent. To reach its goal, Darden wanted to understand what technologies and initiatives could best reduce the company's energy use over the next two years.

This summer, Darden Restaurants enlisted the help of EDF Climate Corps fellow, Felipe Mai, to work with the sustainability and business analytics teams to identify and outline energy-saving strategies for 2,100 locations. Felipe is an MBA student at Warrington College of Business at the University of Florida, where he had also received a Bachelor’s of Science in Microbiology and a Master’s in Entrepreneurship. His top criteria for an internship were to: 1) stay in Florida; and 2) find a hospitality or entertainment company with a strong service-based culture. This led Felipe to EDF Climate Corps and his matched engagement with Darden Restaurants.

Felipe’s desire to work in corporate finance began after he left the University of Florida in 2009. While Felipe grew up mostly in Orlando, he was born in Brazil where he lived until he was seven. His parents were born in China, so Felipe spent one year in China after graduating from college to learn Mandarin and more about his family heritage. When he returned, he worked for a financial consulting firm in Sao Paulo, Brazil, and then returned to the United States to work for a small tech company in Orlando.

At Darden, Felipe found a company that was ready and willing to help in his journey to reach his goal of working in corporate finance. While navigating a company’s systems can be overwhelming at times, Felipe found his team members and leaders ready to help and accessible to guide his efforts. Felipe enjoyed learning about the back-end operations and the analysis that contributes to the restaurant company’s success. The EDF Climate Corps fellowship also helped Felipe hone his skills in financial analysis and grow his leadership experience.

At the end of his fellowship, Felipe identified two pilot initiatives with the most potential – Energy Management Systems and Solar Water Heaters. These projects, when fully implemented, could result in over 125,000,000 kWh of annual energy savings, and $19 million in savings over the project lifetime. Felipe’s findings will help the sustainability department plan Darden’s future energy efficiency opportunities.

EDF Climate Corps (edfclimatecorps.org) taps the talents of tomorrow’s leaders to save energy, money and the environment by placing specially-trained EDF fellows in companies, cities and universities as dedicated energy problem solvers. Working with hundreds of leading organizations, EDF Climate Corps has found an average of $1 million in energy savings for each participant. For more information, visit edfclimatecorps.org. Read our blog atedfclimatecorps.org/blog. Follow us on Twitter at twitter.com/edfbiz and on Facebook atfacebook.com/EDFClimateCorps.