By: Corina Solis, graduate of Yale University’s School of Forestry and Environmental Studies 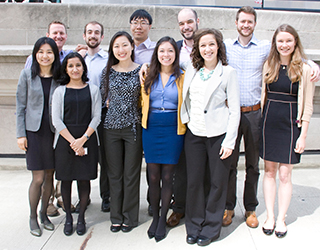 During hot summer months, electricity use reaches a peak, due primarily to high air conditioning use. On especially hot days, more power plants must be powered up on short notice to keep up with high levels of energy demand.  This is costly, raising the electricity costs for everyone.  If the demand is too high, even expensive energy generation won’t be able to produce enough electricity, leading to brownouts and blackouts. What’s more, the diesel power plants powered up during this time are some of the dirtiest, and grossly pollute the air we breathe.

The CPS Demand Response Program contracts commercial energy users to reduce their energy use during these peak periods instead of firing up more power plants and pays participants the money that would have gone to the peak power plants through rebates. The Alamo Colleges join Joint Base San Antonio-Lackland, SAWS, Matheson-Trigas and Supa Doors, among other San Antonio businesses, by agreeing to reduce approximately 1,300 kilowatts during peak times—the equivalent of taking 650 houses off the electricity grid at once!

What is Demand Response?

The demand response season begins June 1st and lasts through September 30th. On any of these days, CPS can call a “Demand Response Event,” where participants are required to reduce their energy use by a pre-specified, contracted amount. The events will typically happen between 3 p.m. and 6:30 p.m., but can start as early as 1 p.m. and last through 7 p.m. The Alamo Colleges are given  two-hour advanced notice detailing the duration of the day’s event. CPS can call on the Alamo Colleges for a maximum amount of 25 times, totaling a maximum of 75 hours in one DR season.

When the Alamo Colleges receive the notification, each college must begin reducing the amount of energy it is using. The greatest energy user is the HVAC (air conditioning) system, which Facilities adjusts to use less energy. Facilities does NOT turn off the HVAC system to participate in demand response. Instead, the systems are throttled down to lower settings, reducing energy use.

How Students and Employees Can Help

During Demand Response Events, the cooling power of on-campus chillers at the Alamo Colleges is reduced, meaning it is easier for rooms and offices to warm up. If they notice the room warming, students and employees are asked to turn off unnecessary appliances (lab computers, unattended lights, overhead projectors, idling copy/printers) and minimize outdoor air infiltration by keeping doors closed as much as possible. All appliances produce heat that can make a difference over the course of a Demand Response Event. Additionally, employees are welcome to use desk fans and to take advantage of the Alamo Colleges’ summer casual dress to keep cool.

The system is still cooling during Demand Response Events, so rooms should never become unreasonably hot. But if the room temperature reaches an unsafe temperature, students and employees are asked to please contact Facilities right away.