Paulina Orkisz spent her summer as an EDF Climate Corps fellow for the adidas Group, a leading global sports, footwear, and apparel company. In its second year of the program, the adidas Group asked Paulina to focus on an energy assessment of two facilities in its North American portfolio: the Sports Licensed Division of the adidas Group in Indianapolis and the Reebok Canada/CCM Hockey headquarters in Montreal. As a result of the adidas Group's commitment to the environment, ISO 14001 compliance, and becoming a zero-emission company, both of these facilities had already begun to identify, plan and execute projects.

The two sites Orkisz evaluated were quite different, one primarily a manufacturing operation and distribution center, and the other primarily office space and a distribution center. While both facilities had made some energy efficiency upgrades, in the time she spent at both sites, Orkisz was able to identify many additional lighting improvements and several office equipment energy efficiency projects. These included a major warehouse lighting upgrade complete with occupancy sensors, traditional fluorescent lighting retrofits and some LED upgrades. Office equipment projects focused on PC, monitor and printer power management, as well as a PC virtualization project that could get rolled out across all distribution center users.

All the projects she identified, in aggregate, could save the adidas Group nearly $329,000 annually, cut over 4 million kWh of electricity per year and avoid approximately 2,400 metric tons of CO2 emissions, if implemented. Over their lifetime, these energy solutions represent $1.6 million in net present value for the company. Adidas is currently implementing some of Orkisz's projects in Montreal. 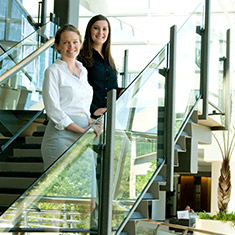 Paulina Orkisz, a student at Dartmouth College, was hired as a 2011 EDF Climate Corps fellow at adidas.