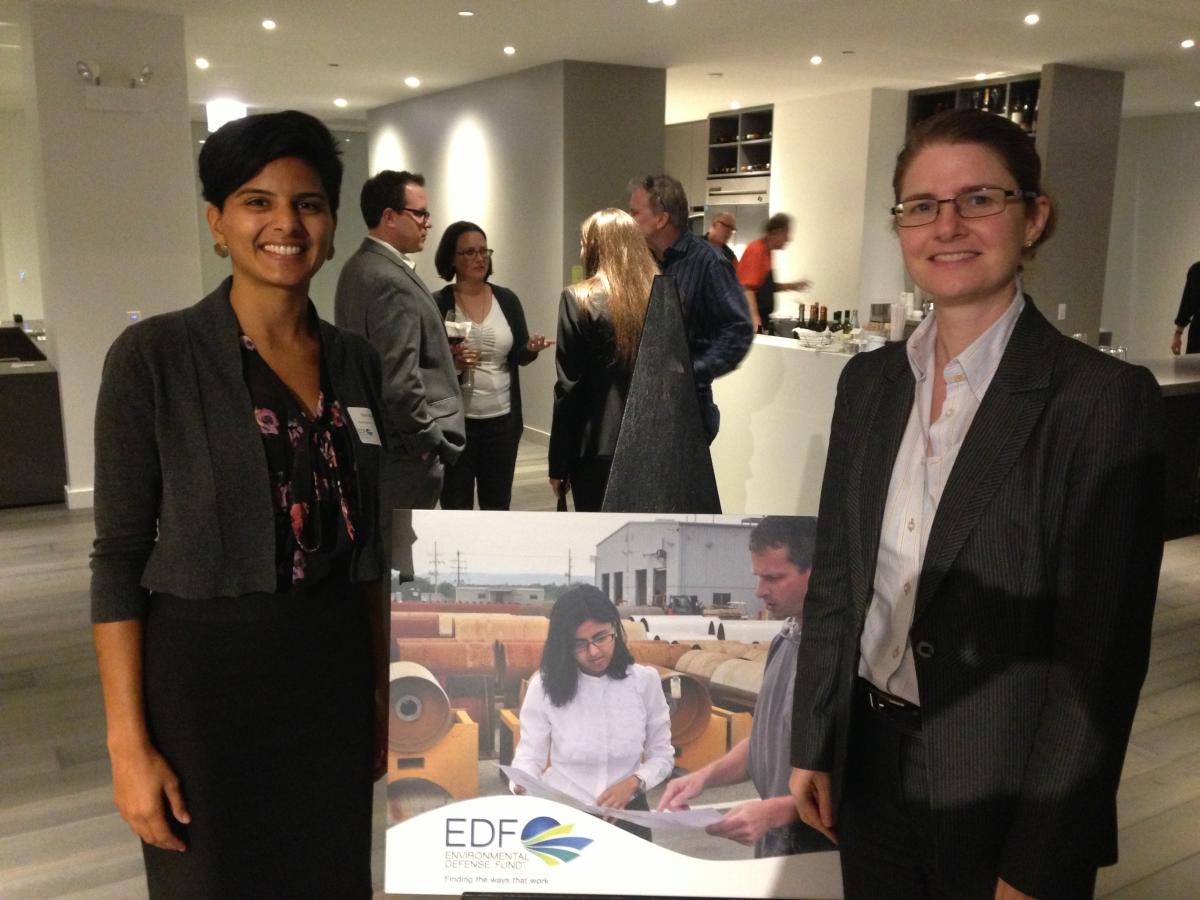 Recently, I had the pleasure to attend the kickoff event for the Building Energy Initiative - Chicago, an ambitious project recently launched by Environmental Defense Fund (EDF). The goal of the project is to complement Retrofit Chicago in bringing energy efficiency improvements to buildings throughout the city. Currently, more than 30 high-profile commercial buildings have joined Retrofit Chicago and committed to reduce their energy use by 20 percent within 5 years. The Building Energy Initiative – Chicago aims to accelerate the process of achieving these goals by adding “boots on the ground” in the form of both EDF staff and EDF Climate Corps fellows, organizing a Peer Learning Network for support as well as providing resources and lessons learned from 25 years in working with businesses on sustainability.

I am a Chicago native and recent alumnus of EDF Climate Corps. This past summer, I worked at AT&T under Executive Director of Corporate Energy, John Schinter. I’m incredibly proud of my city, its history, its people and the commitments it has made to sustainability. So I found it strange while I was interviewing for EDF Climate Corps that so few of the engagements for 2013 were in Chicago—at least compared to places like San Francisco or Boston. Clearly, EDF shared my concern, and they have already taken swift corrective action.

Dozens of representatives from local business, non-profits and city government institutions packed into the Merchandise Mart to learn about the successes of Retrofit Chicago and the value of EDF’s expertise in sustainability. Attendees first heard from Karen Weigert, Chicago’s Chief Sustainability Officer. Weigert welcomed EDF to Chicago, saying “The more people on the ground that can build partnerships, the happier we are.” She went on to provide examples of Chicago’s deep commitment to sustainability, including recent successes like Retrofit Chicago’s first year and the wildly popular Divvy bike-share program.

John Schinter then took the spotlight as a peer to the attendees using AT&T’s long history as an EDF Climate Corps host as an example to highlight the value-add EDF brings. He related to the crowd how in four years AT&T has hosted six fellows, and the projects that they initiated have spread to thousands of properties in AT&T’s massive portfolio. While each fellow only cost $15,000, they have helped identify and generate millions of dollars in energy savings and have diminished AT&T’s emissions by thousands of tons of carbon dioxide.

Devesh Nirmul, Manager of the Building Energy Initiative, then described one of the tools EDF plans to establish in Chicago: a Peer Learning Network. Through this network, participating organizations will be able to share best practices and resources for achieving their energy efficiency goals. Such a network can only succeed with members who have an enthusiasm for collaboration and can come together with a sense of a greater, common purpose. At the Merchandise Mart that night, I saw that these Chicagoans very much want to continue and strengthen the city’s tradition of urban sustainability. They are primed to work together, with the city and EDF to add lasting value to their organizations. The end result will be a Chicago that is, as Ms. Weigert says, “the most livable, competitive and sustainable city.”