Corporate Buyers Demonstrate Demand for Renewables. Now it’s Time for the Market to Catch Up.

Last month, twelve major corporations announced a combined goal of buying 8.4 million megawatt hours of renewable energy each year and called for market changes to make these large-scale purchases possible. Their commitment shows that demand for renewables has reached the big time.

We’re proud that eight of the twelve are EDF Climate Corps host organizations: Bloomberg, Facebook, General Motors, Hewlett Packard, Proctor & Gamble, REI, Sprint and Walmart. The coalition, brought together by the World Wildlife Fund and World Resources Institute, is demanding enough renewable energy to power 800,000 homes a year. And while it's great to see these big names in the headlines, they're not alone in calling for clean energy: 60 percent of the largest U.S. businesses have set public goals to increase their use of renewables, cut carbon pollution or both. 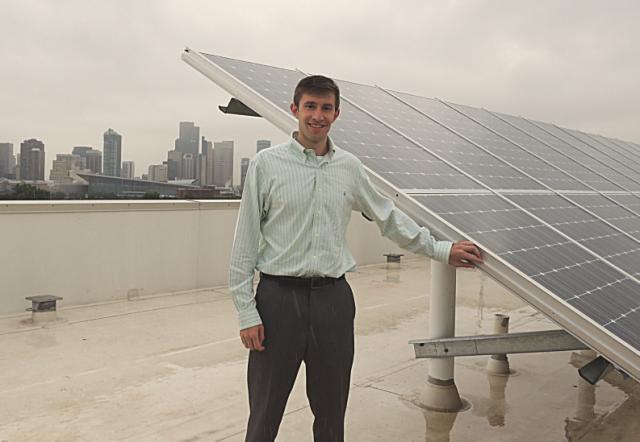 Companies want renewable energy because it makes good business sense:  it’s clean, diversifies their energy supply, helps them hedge against fuel price volatility and furthers their greenhouse gas reduction goals. Renewables are now the fastest-growing power generation sector, and by 2018, they’re expected to make up almost a quarter of the global power mix. Prices of solar panels have dropped 75 percent since 2008, and in some parts of the country, wind is already cost-competitive with coal and gas.

Yet some market barriers persist in sourcing renewable energy. As Amy Hargroves of Sprint said, "We know that cost-competitive renewable energy exists, but the problem is that it is way too difficult for most companies to buy." Some utilities don't offer renewable energy electricity options, or put limits on how much a firm can buy. And a patchwork of state regulations creates administrative hurdles for companies with facilities across the country.

This shouldn't be so hard. What the companies are asking for is reasonable and attainable. The Corporate Renewable Energy Buyers’ Principles call for change in six areas:

The good news is that EDF and other groups are working to bring about the market changes necessary to bring renewables fully into the energy mix. And there are some great success stories to share. For example, Verizon is currently investing more than $100 million in clean and renewable energy projects. One of the catalysts for these investments was the emergence of New York’s “Green Bank,” a state-run $1 billion initiative that will encourage private sector financing for clean energy projects in the region.

Making the market work for renewables is a critical step in the transition to a low-carbon energy system. What will it take to get us across the finish line? In a word: collaboration. Realizing the potential of renewables will require the active engagement and partnership of all the players in the energy system: large energy users, nongovernmental organizations, utilities and policy makers.

Hats off to these twelve companies for their leadership in sourcing and promoting clean, renewable energy and to WWF and WRI for bringing them together. Learn more about the Renewable Energy Buyers’ Principles and how you can add your company’s name to the list.