Coca-Cola, the multinational beverage corporation, enlisted EDF Climate Corps fellow Gang Wang to help its Shanghai production plant reduce energy use 10% by 2016. The Energy and Environment Team at Coca-Cola’s Shanghai had secured funding for energy efficiency projects and located some of the data on facility energy use, but they had not yet evaluated which projects or facilities might provide the best return on investment.

After collecting and analyzing energy use data from facilities across Coca-Cola's Shenmei plant, Gang and the Energy and Environment Team determined that air compressors and refrigerators offered the most promising opportunities for reducing consumption. These systems have strict manufacturing process and pressure requirements, which together represent Coca-Cola's largest energy draw. Through interviews with facilities staff, Gang realized that by pre-heating the disinfection tank in the beverage processing with the waste heat generated by compressors and refrigerators, the plant’s energy use could be reduced significantly. Gang then developed a neural network program to predict the maximum power demand to avoid an overload penalty from the power company.

Over their lifetimes, Gang's projects could save Coca-Cola's Shanghai Shenmei plant $2.53 million in net operational costs. Annually, they could save 1.8 million kilowatt hours of electricity, 30,980 MM Btus of steam and 4,920 metric tons of carbon dioxide emissions. Plans have been made to implement Gang’s recommendations, bringing Coca-Cola’s Shenmei plant one step closer to accomplishing its energy savings goal. 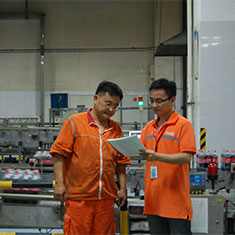 Gang Wang is a PhD candidate, majored in Energy, at SJTU/China, with a dual bachelor degree ME/Economics. After volunteering at the 2010 World Expo, he volunteered for China LNG Association. He also interned in Statoil/Norway, where he became passionate about climate change and ultimately decided to pursue a career in sustainability.